Curtiss test pilot Jack Bertrand Purnell is behind the stick of a brand new P-40 Warhawk on a routine acceptance flight high above Curtiss Plant #2 at the Buffalo Municipal Airport in Cheektowaga, NY. All seems to be going well on this test hop until, roughly quarter past the hour, smoke begins to seep into the cockpit... then flame. 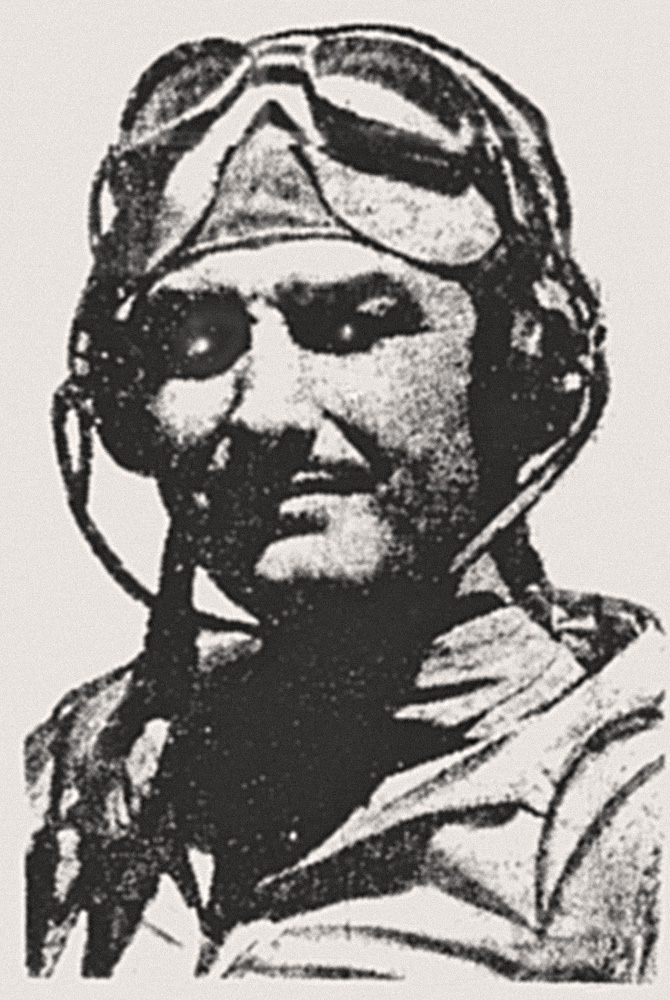 
Purnell does what he can to try to extinguish the fire but is unsuccessful. The heat, growing in intensity, becomes unbearable and he decides that it's time to hit the silk. He rolls the ship over onto its back, pulls the emergency release for the canopy, unstraps himself from the seat, and falls clear of the burning pursuit ship. Purnell is able to deploy his Irvin parachute, in spite of the agony he is suffering from the burns he has received, and begins a slow descent to the ground, eventually coming down near the intersection of Walden and Union Roads.

From: Lockport Union-Sun and Journal, September 12th, 1942
via fultonhistory.com


Meanwhile, the flaming Warhawk that Purnell has just abandoned flies on erratically for a few minutes... observers on the ground report that the ship went through several loops and other wild maneuvers, shedding a piece of itself in the process (later discovered to be the drop tank) before finally plummeting toward Earth, and crashing into the nest from which it was hatched... Curtiss Plant #2.


Your blogmeister is not certain which variant of the P-40 Purnell was flying at the time, but it was probably either a P-40F or a P-40K. Shown here is an early production P-40F with Curtiss test pilot Herb Fisher behind the stick. 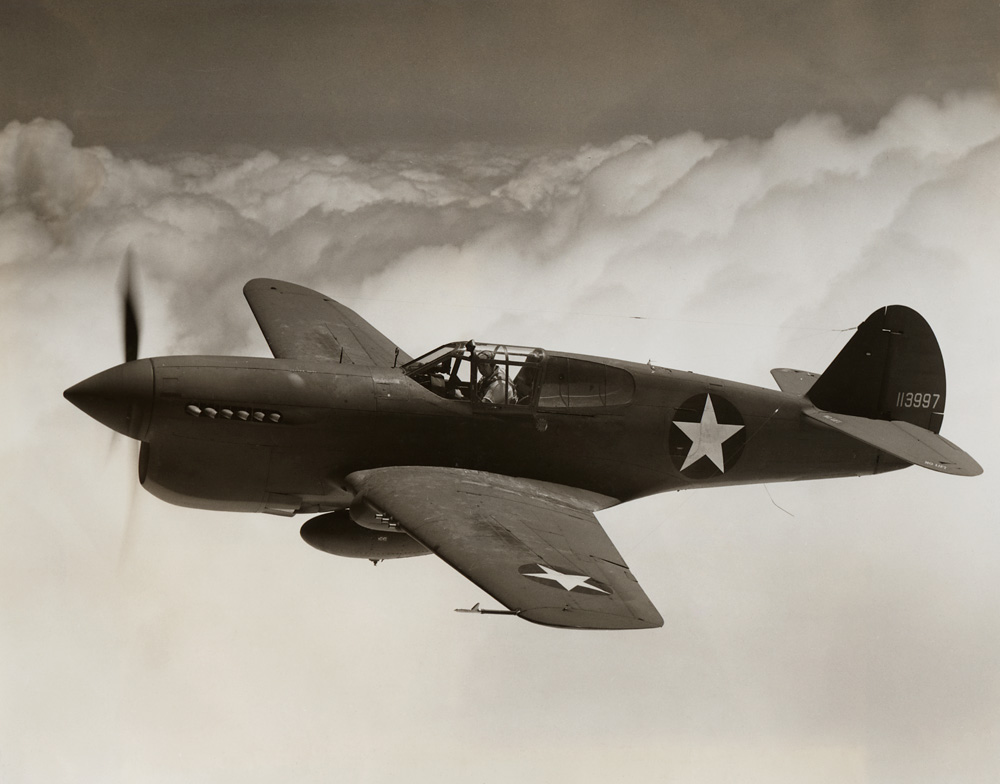 
The aircraft struck the building's roof at an angle, shearing the wings off, while the mass of the engine carried the fuselage on through and into the workspace below, in the area of the tool crib. The impact produced a shower of shrapnel and gasoline... the latter igniting immediately in "a blinding flash", as one of the workers described it. The engine buried itself three feet into the concrete, while the disintegrating fuselage slid roughly 60 feet across the floor, continuing to spray the area with flaming gasoline, which accounted for the majority of the casualties. 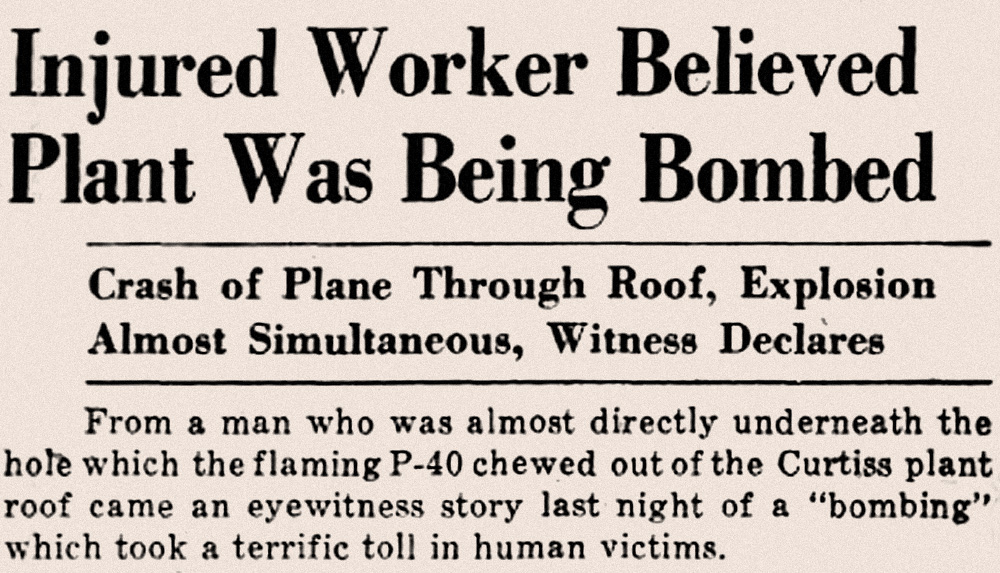 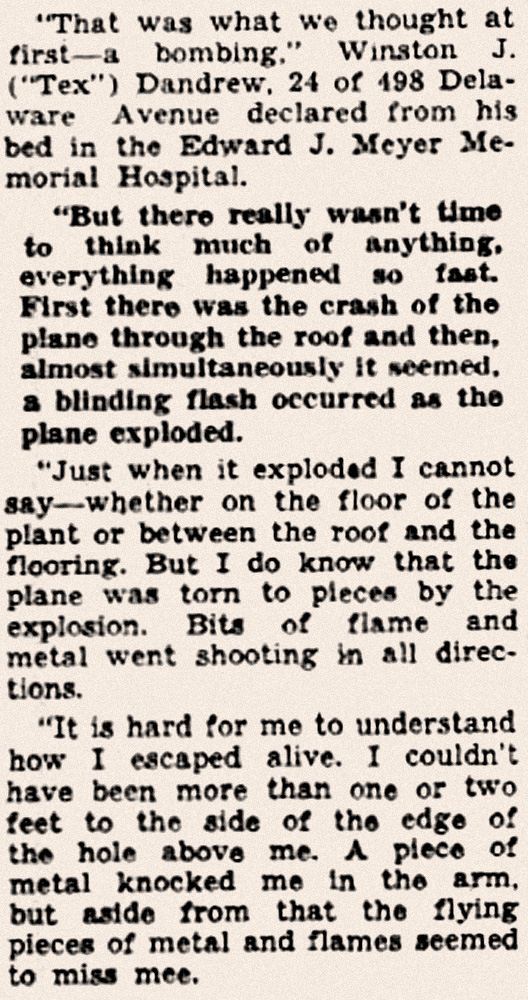 
This photo was taken sometime during 1943 and in a different area of Plant #2 from that in which Purnell's ship came down, but we include it here simply to give ya'll a glimpse of how the inside of this place might have looked on the day... just moments before the chaos. A total of fourteen people died as result of the accident, two of whom, Francis Ryan and Samuel Shalala, were killed instantly upon the plane's impact.

via the Buffalo History Gazette


In all, there were thirty-four others injured including the pilot, Jack Purnell. 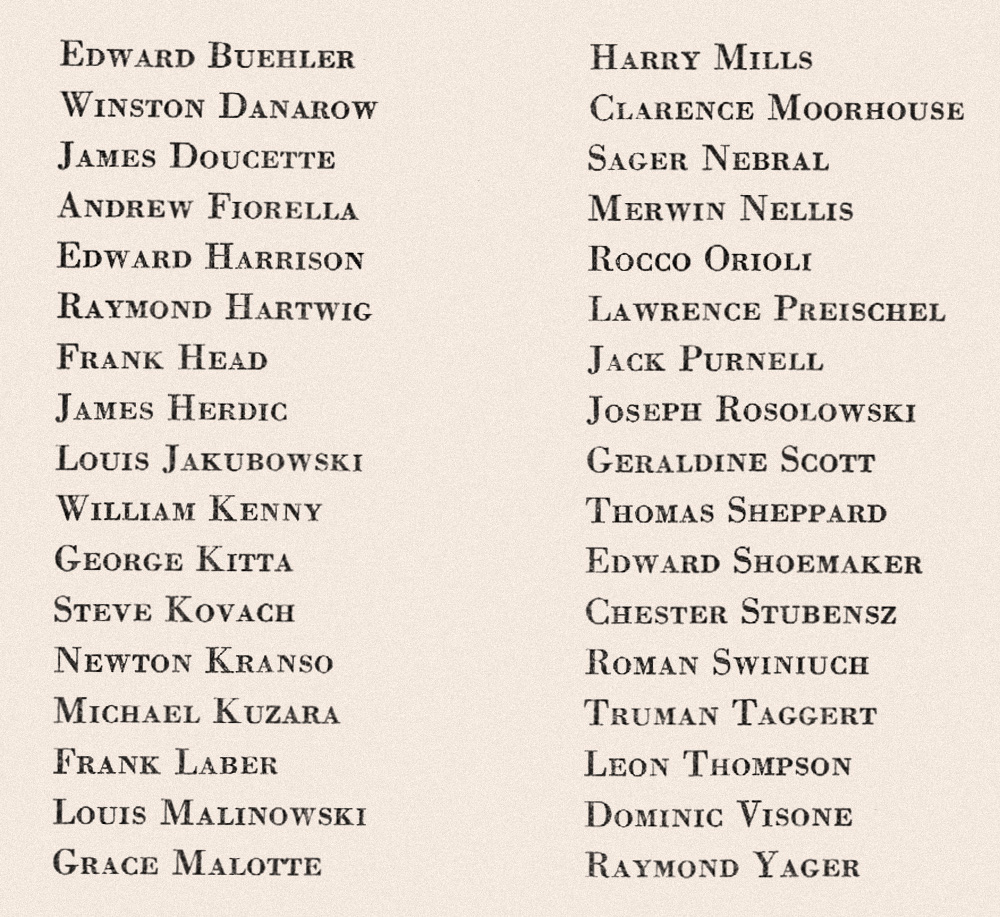 via the Buffalo History Gazette


In the moments immediately following the crash bedlam undoubtedly ruled... but, by all accounts we've come across, the folks at Curtiss, especially the medical personnel and those of the air raid precaution teams, bounced back quickly and performed admirably in the face of what must have been a terrifying scene of utter horror.

Speaking of the accounts we've come across, contained in the images below is the full coverage given to this incident the following day by both the Buffalo Courier Express and North Tonawanda Evening News.

We shall let them tell the rest of the story... 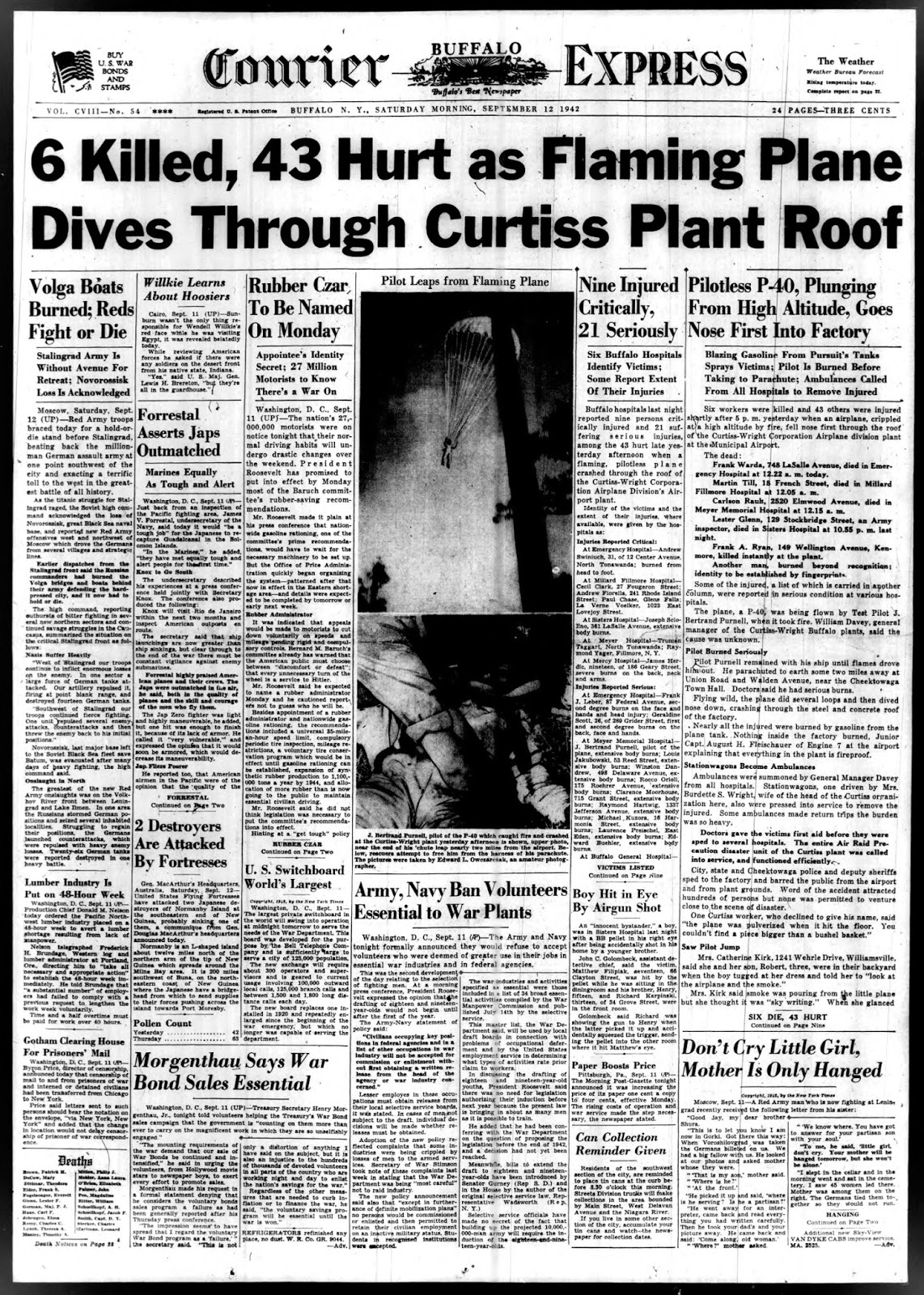 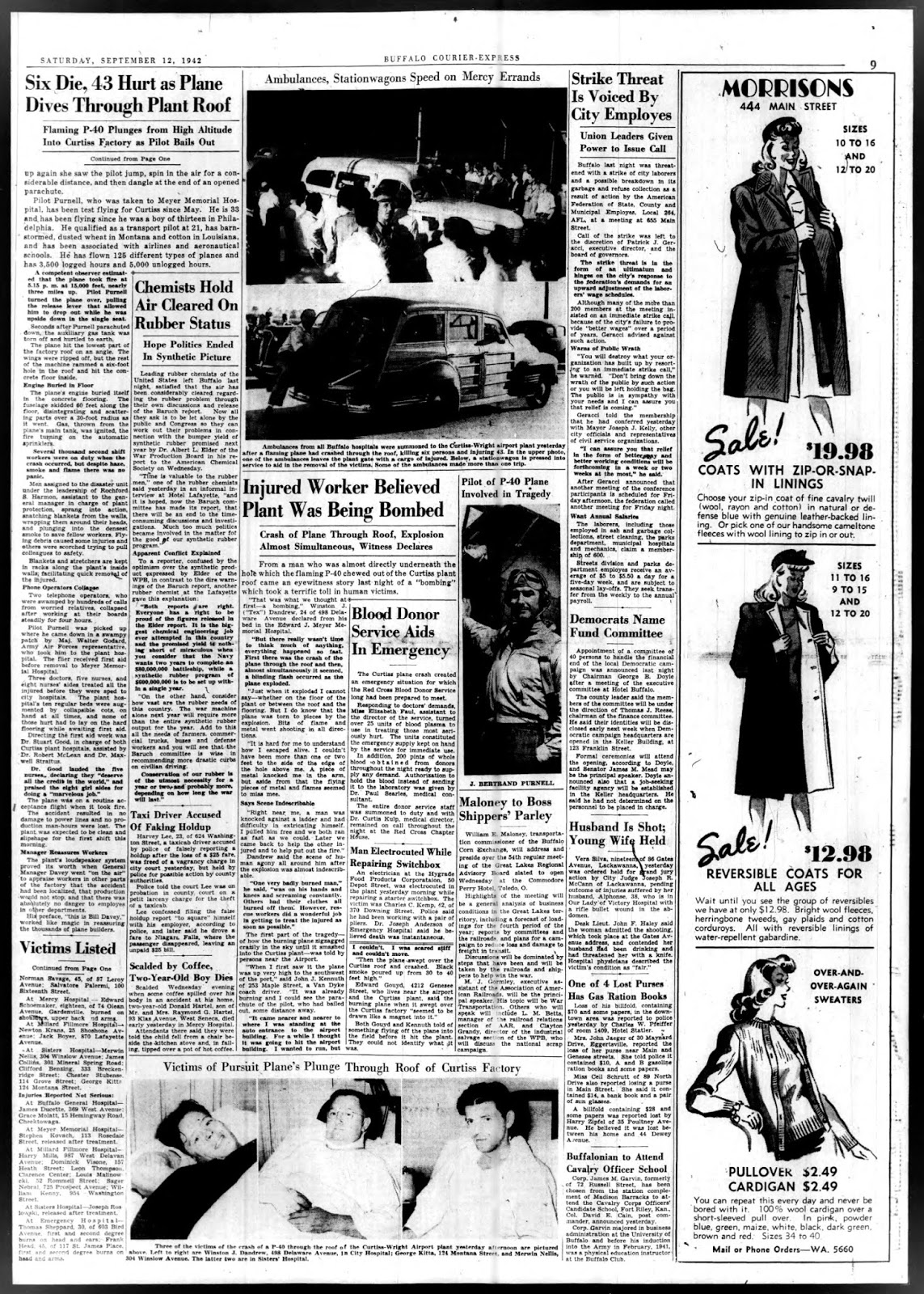 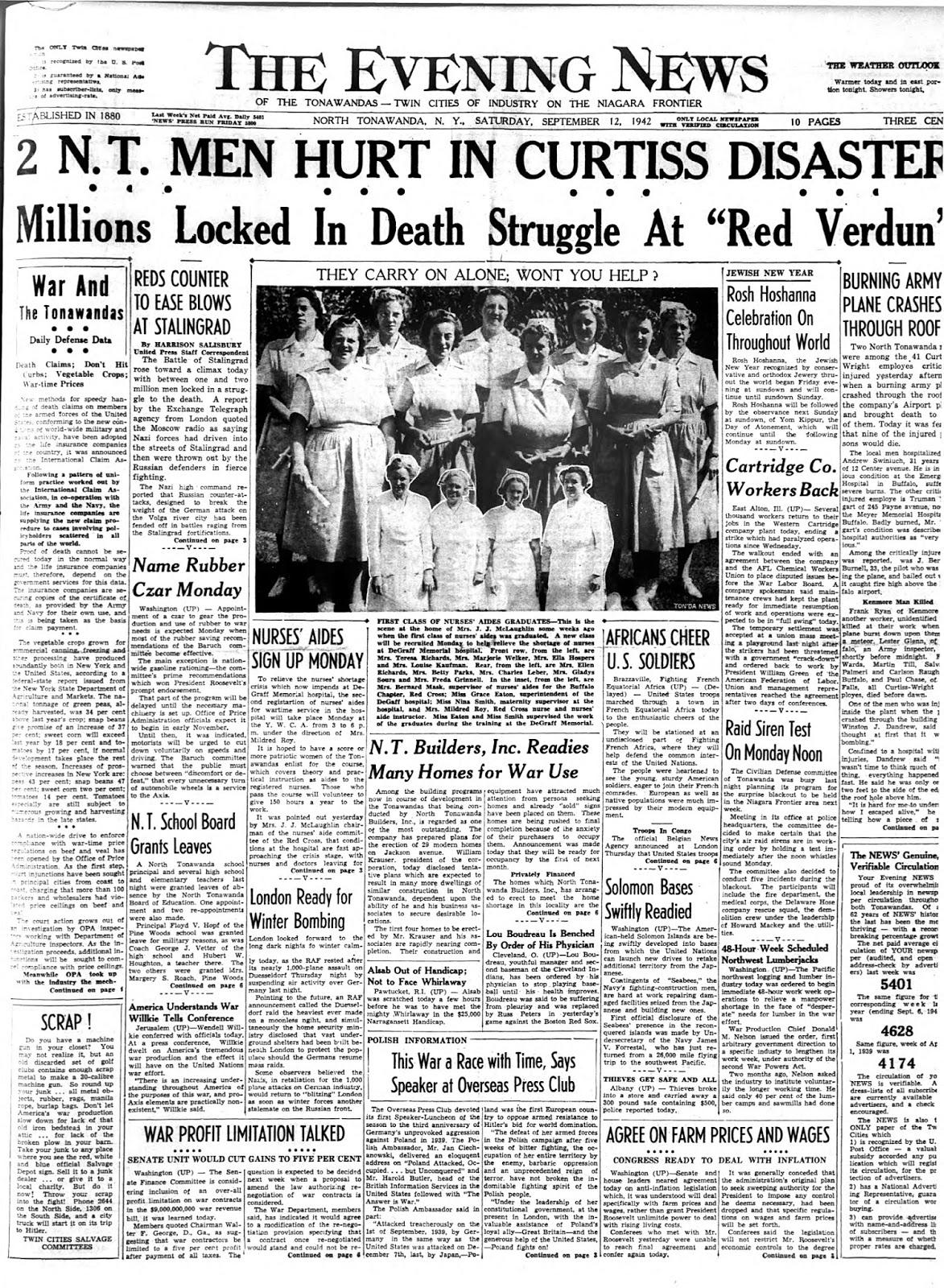 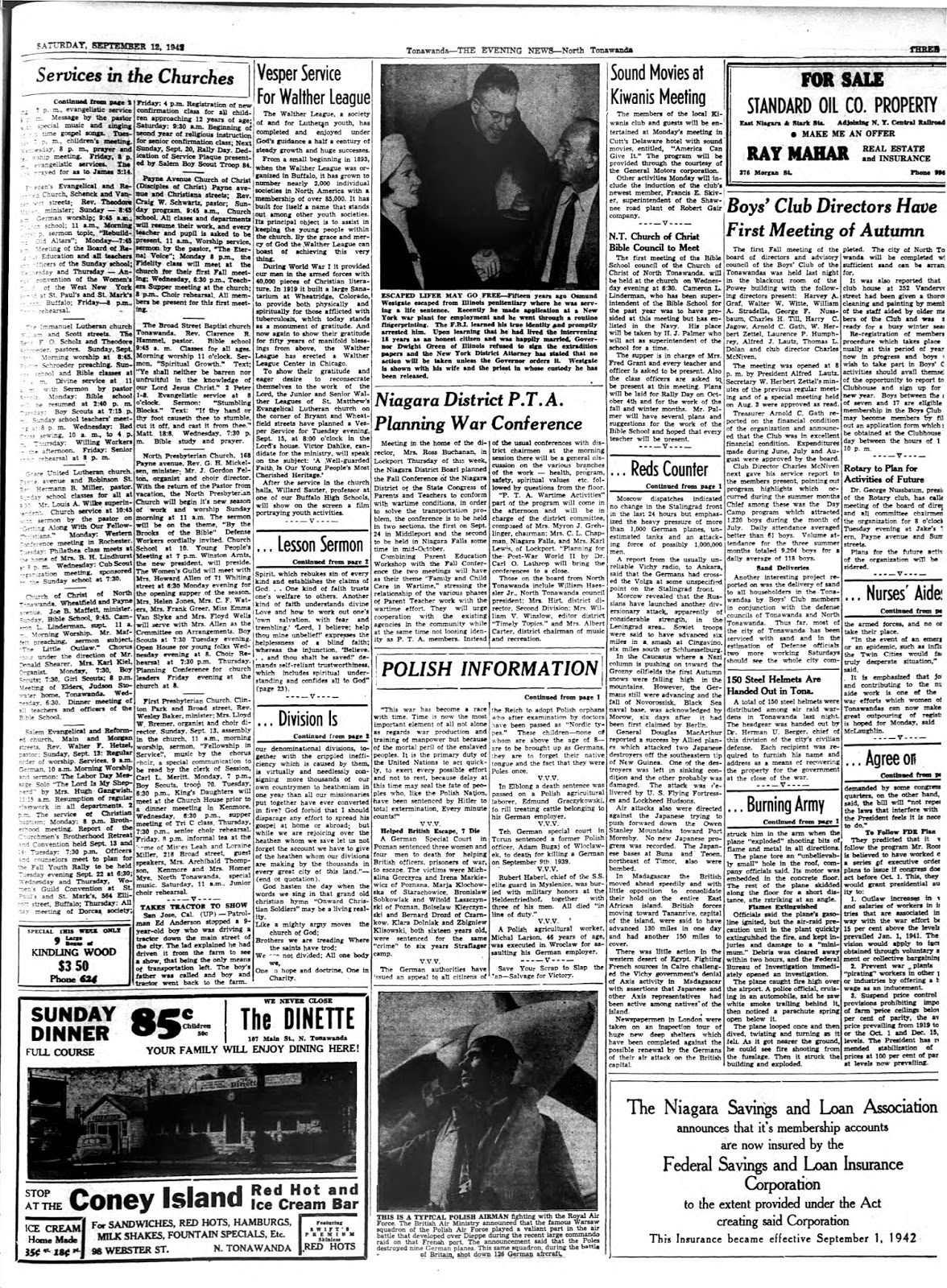 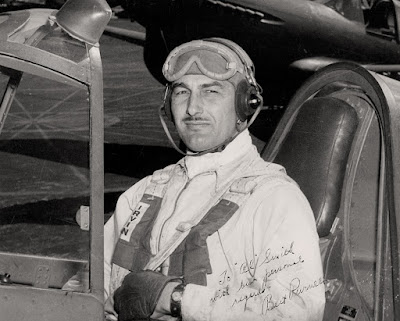 
Please check out this article on The Buffalo History Gazette's website. When your blogmeister first began digging online many years ago for info about this accident, that article was pretty much all he could find. Although it is mostly a transcription of excerpts from the Courier Express coverage, it does contain some unique material not found elsewhere... including a link to scans of a booklet that was distributed during a religious mass that was conducted in memory and honor of the victims. In addition, some of the comments made in response to the article are quite informative in their own right.


Incoherent rambling by Hawk914 at or around 3:57 PM No comments:

...but it's pretty dang groovy, just the same.

Your blogmeister was out at KBUF yesterday morning doing that shutterbug thing... but he was experimenting a bit, and caught nothing but a whole lotta 'fail'. Such is life...

However, an email from a friend arrived later in the day and, well, saved the day... witness this nifty shot of a groovy little Gulfstream operated by the FAA, touching down on Runway 23. Check out the registration... thanks Wayne! 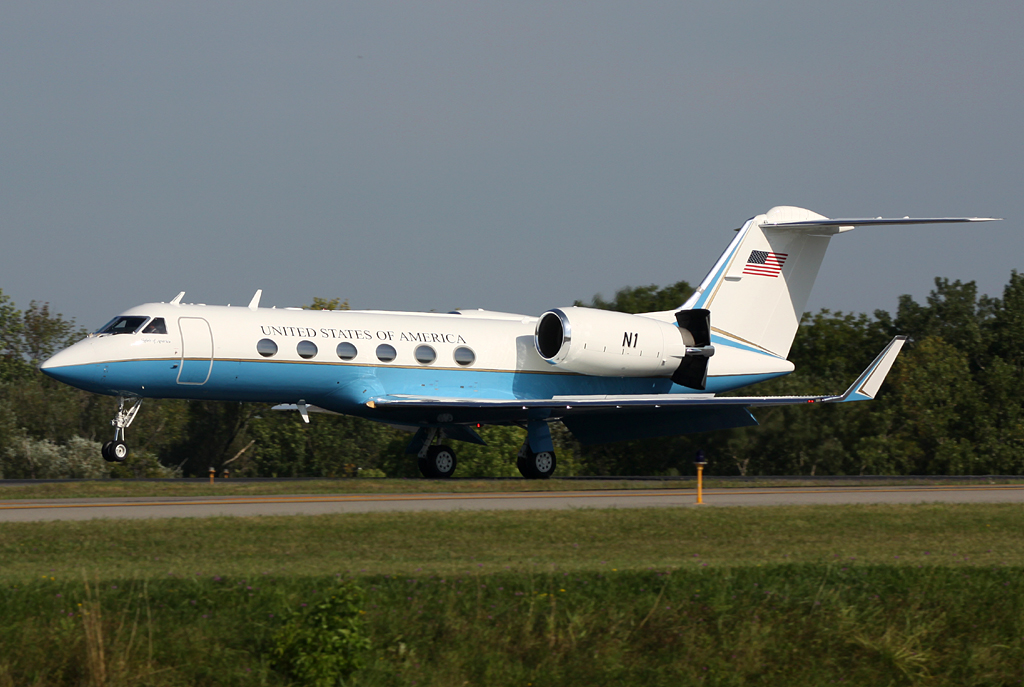 Incoherent rambling by Hawk914 at or around 3:04 AM No comments:

Cobras in the Den

Today on BuffaloWingz we bring you a super-groovy night-time shot of some P-39s about ready to wind their way out the door of the Bell factory in Wheatfield, NY... circa 1941 we think. 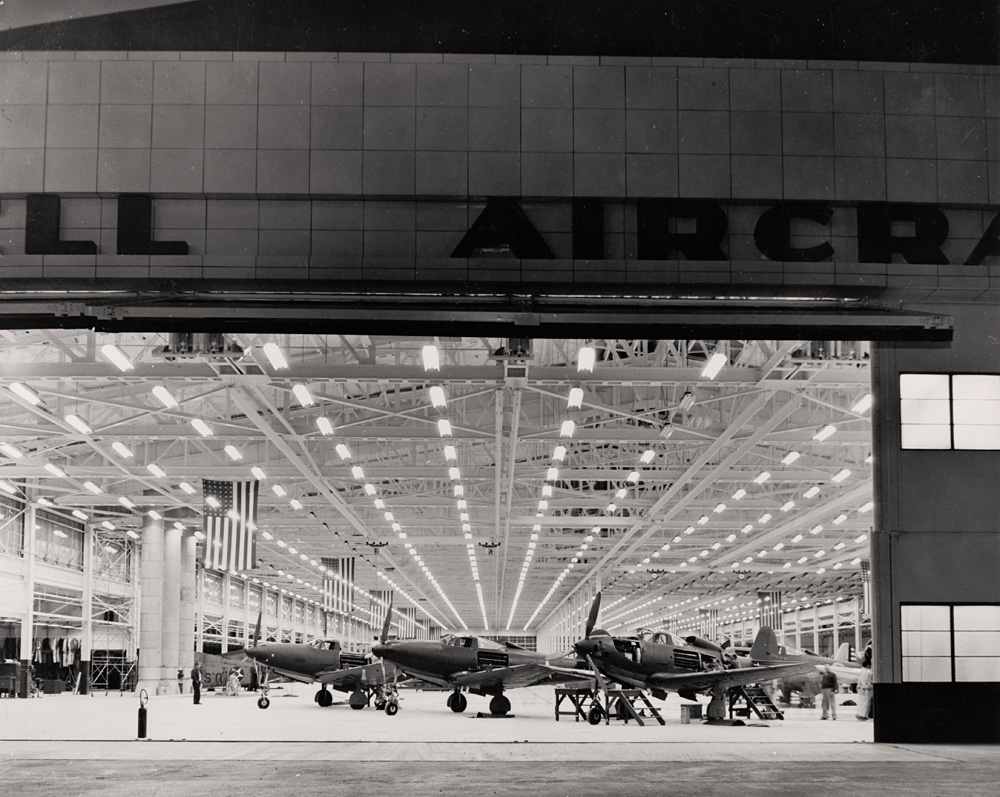 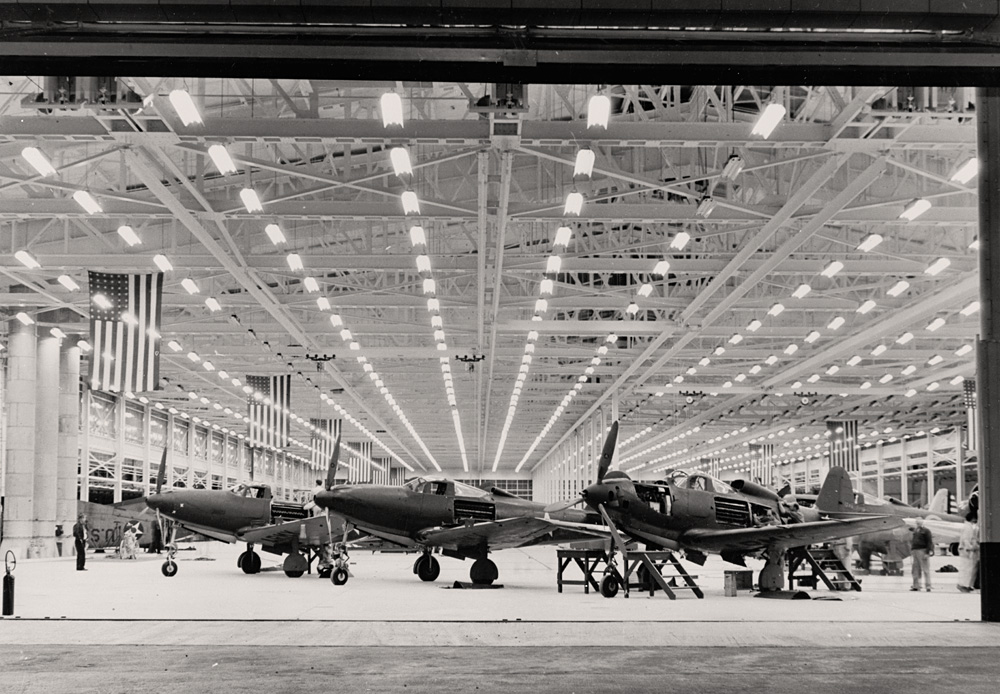 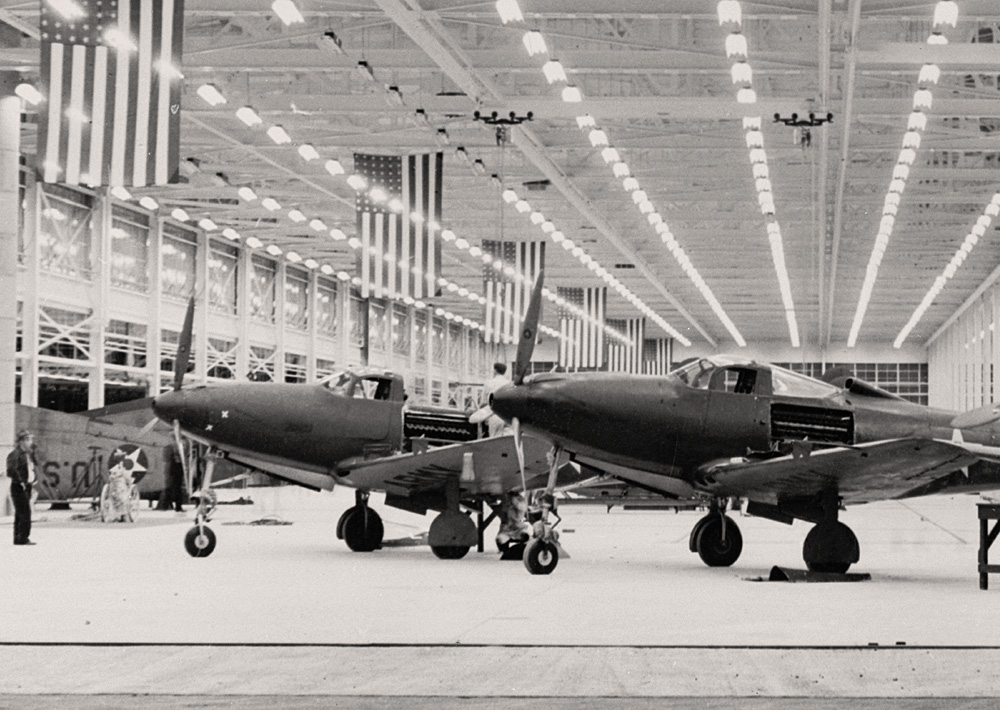 This last close-up shows an interesting detail... note the large, non-standard supercharger air intake on top of the fuselage, behind the cockpit. Your blogmeister isn't a hardcore P-39 guru by any means, and although he's aware that there was a bit of testing with intake configurations, he hasn't seen this type of scoop before. Some additional digging is in order... 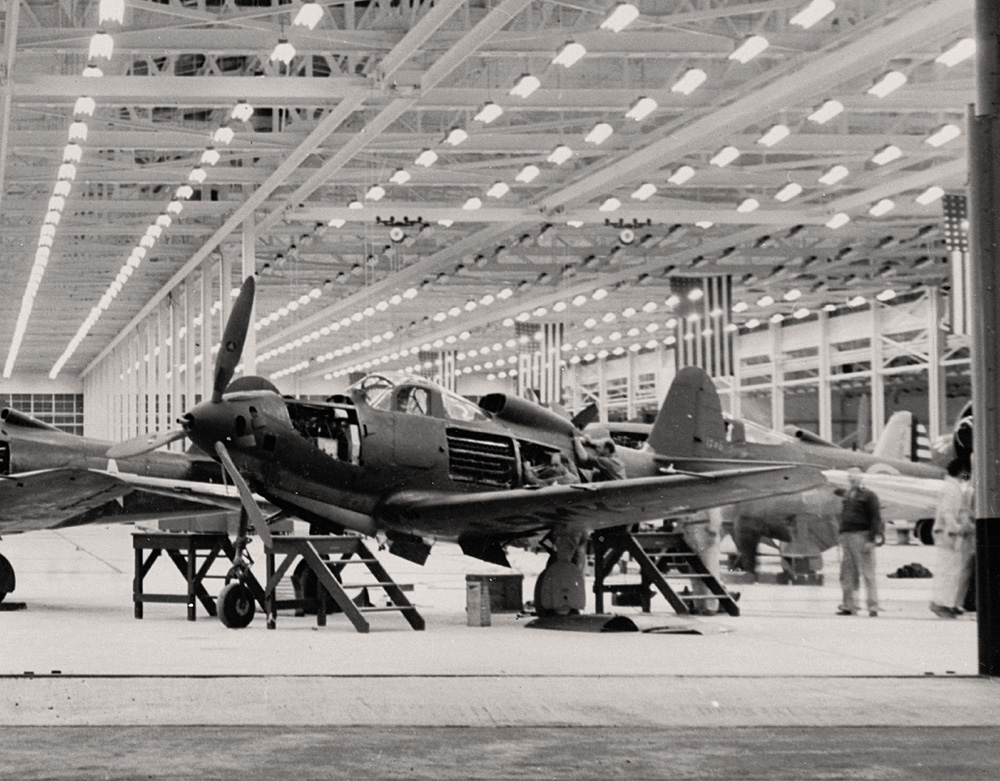 Incoherent rambling by Hawk914 at or around 2:27 AM No comments: