Breathing Where There Is No Air

Fifty years ago this day, man first landed on the Moon. 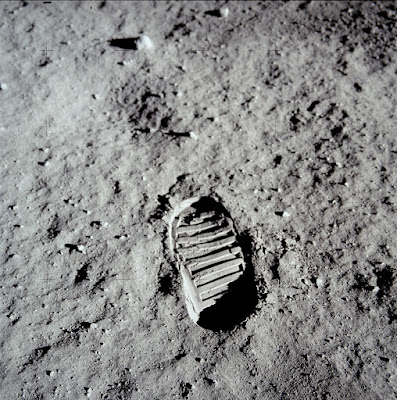 
Hundreds of thousands of people in the USA and from around the world helped make it happen.

My Dad was one of them.

In June of 1966, Norbert G. Donacik graduated from Erie County Technical Institute and went to work for an aerospace company called Carleton Controls Corporation in East Aurora, NY. At the time, Carleton was working on a contract for Hamilton Standard in Windsor Locks, CT, developing life support equipment for Project Apollo. Although it was not his first assignment at Carleton, he was switched to the Hamilton Standard job within a short time, doing A&T (Assembly and Test) work primarily on components for the OPS (Oxygen Purge System), as well as other components for the PLSS (Portable Life Support System) and the life support systems on the Apollo spacecraft, though I regret to say that I don't know any particulars beyond his work on the OPS.


This photo shows my Dad, Norb 'Bruno' Donacik, at Carleton maybe a year or three after the end of Project Apollo, judging by the 'Shuttle Is Our Future' pin on his work shirt. 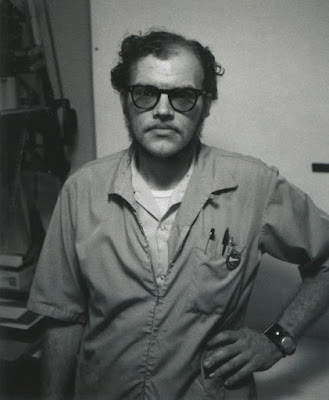 
While the PLSS was the main means of keeping the Apollo astronauts alive during an EVA (Extravehicular Activity - any crew activity that takes place outside of a spacecraft in space or, in this case, on the Moon), the OPS was the emergency backup system for the PLSS, and supplied about half an hour of  breathing oxygen if used on its own, or roughly 90 minutes if used with the BSLSS (Buddy Secondary Life Support System). There were actually two earlier backup systems developed by Carleton, each referred to as the EOS (Emergency Oxygen System). 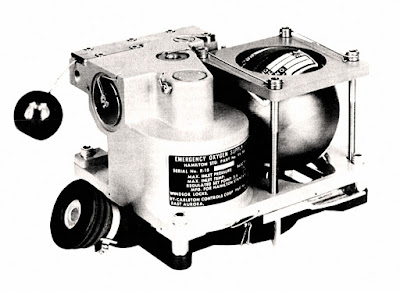 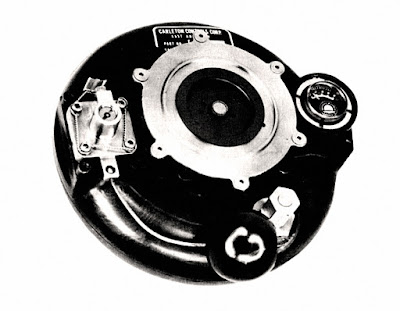 
Both of these met the specifications under which they were developed, but, as is often the case, the specs changed. Each EOS shown here would have provided just five minutes of breathing oxygen, which was clearly not much. So, under the revised specs issued by NASA in mid-1967, the greater-capacity OPS was developed and adopted for use during all of the manned Apollo missions. Thankfully, the OPS was never actually utilized in its primary role as an emergency backup.


Here's an OPS, held inverted, while being inserted into its fiberglass shell. 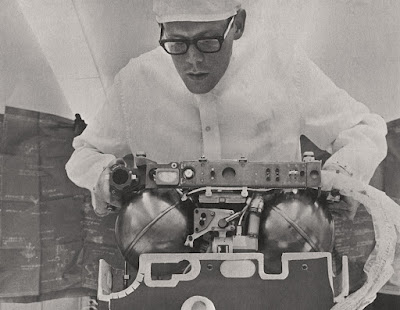 
And here's a look at the PLSS and OPS together in the Lunar EVA configuration, both housed in cutaway shells without thermal covering. In addition to the OPS, I believe that my Dad also did work on the primary oxygen supply and oxygen regulator, both located in the lower half of the main PLSS housing, but I don't know the extent of his involvement with those particular components. 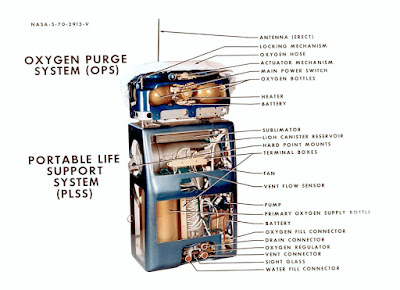 
In this photo taken on the Moon by Neil Armstrong, 'Buzz' Aldrin is shown carrying two experiment packages, one of which was the Seismic Experiment. (More on that below.) The PLSS is housed in the large 'backpack', while the OPS is inside the smaller pack on top. 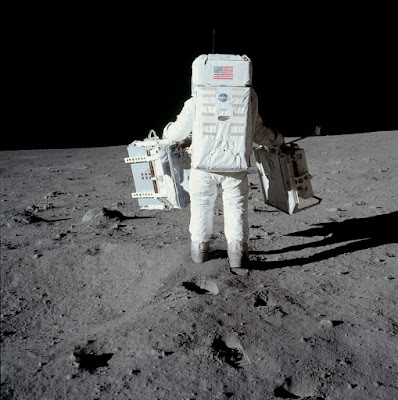 
A series of three photos taken by yours truly at the National Air and Space Museum showing the cutaway PLSS/OPS they have on display. This first shot shows the same side that's facing the camera in the previous photo of 'Buzz' Aldrin on the Moon. 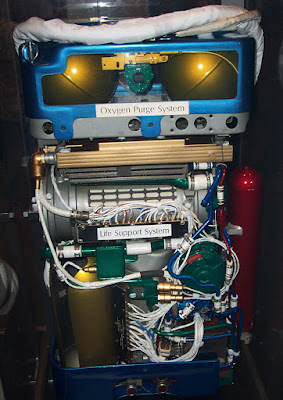 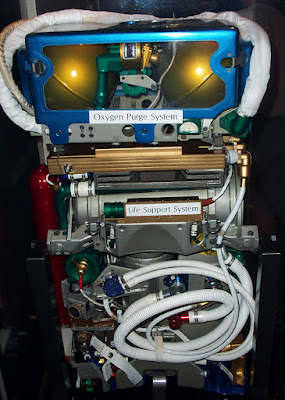 
This last shot shows the OPS regulator and O2 bottles in gold. These are the components that my Dad did A&T on... it was so cool to go to a place such as the NASM and see something that my Dad held in his hands... something of such historic import and significance. 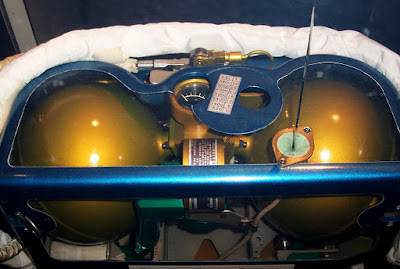 Upon departing the Moon, the crews of each mission left behind many objects, including their PLSS packs, though I am not sure exactly what happened with all of the OPS units. I know that in some of the later missions the crews brought them back, at least as far as lunar orbit, in case there was a problem while docking the LM (Lunar Module - the craft that landed on the Moon) with the CSM (combined CM - Command Module and SM - Service Module, 'home' for the entire crew during most of the mission) and an EVA was required in order to enter the CSM. Once a successful docking and transfer of crew took place in lunar orbit, the LM was set to crash into the lunar surface, and I'm guessing that some of the OPS units were left in the LMs... but simply do not know for sure, because I have read that there was at least one instance of an OPS being used during an EVA on the way back to Earth, and also that a few other OPS units were actually brought all the way back to Earth. I don't know how much of these latter two points is true... haven't been able to confirm any of it through an official source, so, again, I don't know what happened with all of the OPS units.


Here's a photo taken from Antares (LM-8) before Apollo 14 left the Moon. Visible are both discarded PLSS packs, one of which clearly shows that the OPS has been removed. 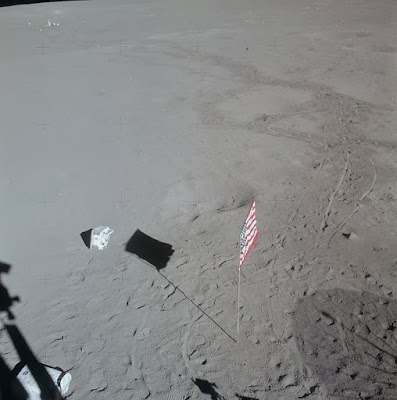 
Funny little story here... remember the seismic experiment from Apollo 11 that was mentioned earlier? (Read about it HERE.) When Armstrong and Aldrin tossed their PLSS packs out of the Eagle (LM-5), the boys back on the ground at Houston not only saw it through the TV camera, but each 'thud' also registered on the seismometer Aldrin had set up earlier. Upon notification of this, Neil Armstrong apparently said something to the effect of, "Geez, you can't get away with anything anymore, can you?"

Anyhoo, it's probable that at least some of the OPS units remain on the Moon. And I gotta say, even more cool... WAY more cool than the experience of seeing my Dad's handiwork at the NASM... is the idea that some of his handiwork is still up there, and will be for all time... even if it's in pieces and spread across the lunar surface.

I mean, how frakkin' awesome is that?!?


My interest in this subject far outweighs my knowledge, and what I've presented here is obviously a very simple, basic explanation of the Apollo OPS. If you're looking for more detailed information, here's a couple'a links...


This link is to a video... 'tis a neat look at one of the OPS coverings that was brought back to Earth:

Looking at Moon Dust: An Apollo Artifact Comes Out of Storage


One last link, to The Project Apollo Archive, where you will find TONS of photos taken throughout the entire Apollo program, including these three, which are among my very favorites of those taken by the Apollo 11 crew. 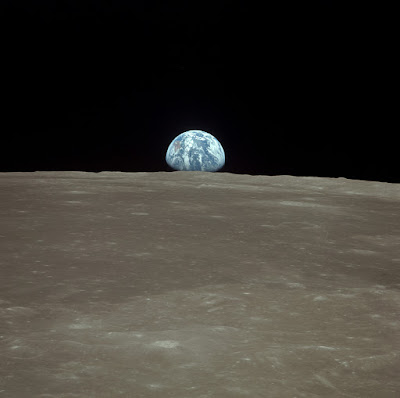 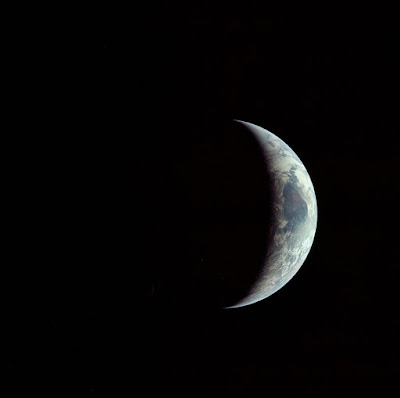 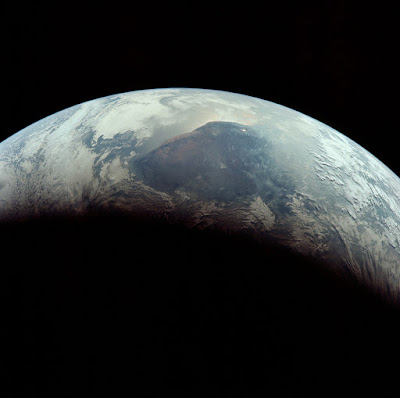 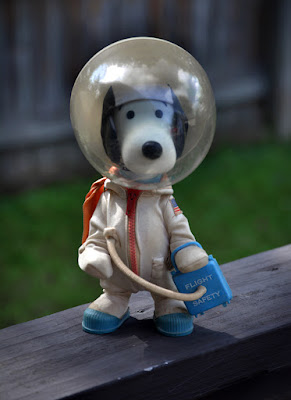